Moving Away from Democracy? Could this be the Right Way Forward? (1/2) - IDEA
Skip to content 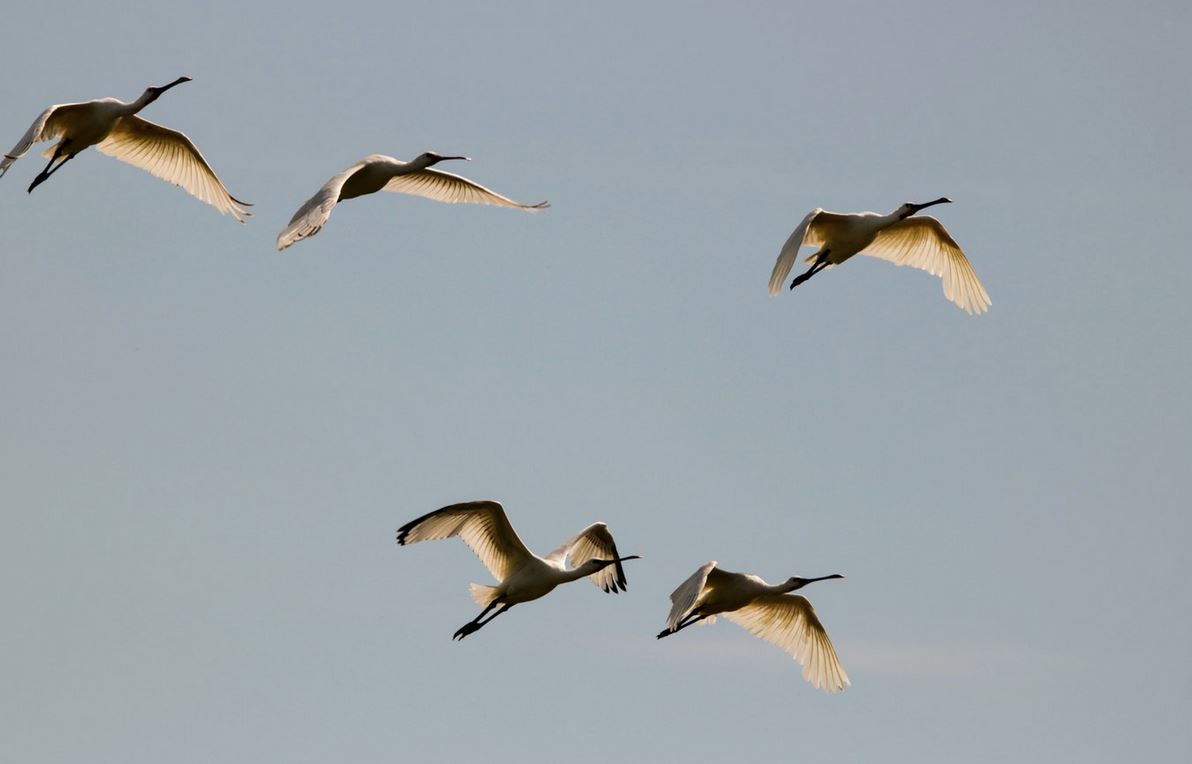 The answer is an emphatic no but let me elaborate. The issue discussed here is part of a wider topic. For most scholars, granting independence to a government agency is a cure to all ills. See for example Arnone (2007) for Central Banks, Quintyn and Taylor (2002) for financial regulation, and Mazzucato and Penna (2015) for development agencies. In the case of Luxembourg, apart from the Central Bank, we have the Institut Luxembourgeois de Régulation[1]. There seems to be an emerging pattern on the “correct” way forward: get politics out of the way. On the positive side, this depoliticization of important parts of the political life seems to produce positive (economic) results. However, is it possible that “the correct way” is to move away from democracy? I will try to offer an alternative, a compromise between efficiency and democratic principles – at least for monetary policy and central banking.

In fact, even though the empirical evidence of the importance of Central Banks (CBs) in maintaining low inflation rates remain somewhat mixed, there seems to be an almost universal acceptance of the importance of an independent CB as a guarantee of a sound monetary policy (i.e. one with low inflation). I too remain convinced that, even though Central Bank independence is not the only determinant of inflation levels, granting independence to a CB actually works (in the sense of promoting growth by maintaining a stable macroeconomic environment). Under the light of strong support for the case of an independent CB, I will not make the argument that they should be subjugated to governments. Instead I will propose a different course of democratizing their decision making

The rest of the article is structured as follows. After a brief overview of the historical role of the CBs and the dominance of the neoliberal consensus, I proceed with the critical evaluation of the arguments in favor of Central Bank independence and the potentially high uncertainty involved in granting independence to a CB. Then, I discuss possible ways of democratizing monetary policy. Finally, I draw some conclusions.

Historically, three have been the main objectives of a CB[3].

The balance between the three has shifted over time. In the years prior to World War I the general assumption was that the private sector would stabilize “automatically” as long as the government stayed out of the economy. Unfortunately, this did not prevent the Great Depression from happening. The gold standard collapsed along with the ideas and norms of central banking and the governments rushed to fill the vacuum. Although the CBs were subjugated to the governments they were not “expelled” from the game. They were still treated as experts (although they did not always have the ear of the ministers). The financial system of this era however was proved inefficient and market pressure soon brought it down.

After World War II, two main CB “models” emerged, the “German” and the “Anglo-French”[4]. These two models differ on (i) the institutional design and (ii) on the objectives. The German model values highly price stability while for the Anglo-French model price stability is just one of a CB’s many objectives. As far as the institutional design is concerned, the German model is what one could label as “independent” while the Anglo-French model is much more politically dependent. In the end, the German model is the one that prevailed. Two were the main reasons that made this happen: the intellectual monetarist counter-revolution and the success of CBs in maintaining a low inflation environment.

After the stagflation and the collapse of the Bretton Woods system in the 70s, Keynesian consensus was abandoned in favor of a new set of neoclassical norms that believed that capital mobility was not only beneficial but also desirable. Giving rising capital mobility however, powerful constraints are imposed on national monetary policy and governments must choose between fixed exchange rates and monetary policy autonomy. Capital mobility constraints a government’s desired fiscal policy by putting strong pressure on countries to reduce inflation and the size of fiscal deficits. This constraint is more evident in the emerging markets.

The answer in the search for another policy anchor came in the form of inflation targeting. Inflation targeting (i.e. the setting of the official interest rate in order to hit the inflation target) can also be done by the government. When an (independent) CB does it however, it is much more credible.

Since price instability produces several distortions, it is generally accepted in economic theory that inflation is of great importance to growth. A sound monetary policy therefore, i.e. a policy that generates low inflation and low output volatility, requires credibility. Credibility involves persuading interest groups and economic actors that the policymaker will not “cheat” to achieve short-run gains.

The time inconsistency problem arises when an announced policy is no longer optimal when it’s time to be implemented. Under the conditions of sticky wages and inflexible prices, a policymaker has an incentive to “cheat” by inflicting an “inflationary surprise” and exploit the short-run Phillips curve[5] after the private actors have locked into wage contracts on the basis of expectations of low future inflations. Therefore, in an effort to “rule out” such political surprises, economists provided arguments for delegating monetary policy to an independent CB which will target inflation and produce a better overall macroeconomic environment in the long-run. By setting price stability as a primary object of monetary policy and by ensuring that no government approval should be required, a CB contributes to economic growth and solves the time inconsistency problem.

CBI may have important macroeconomic benefits: it may allow countries to achieve low inflation, mitigate the impact of political cycles on economic cycles and empower fiscal discipline while minimizing the associated output loss (lower “sacrifice ratio”). We assume that a CB is dependent when governments determine monetary policy directly. A 2007 study[6] confirms the global turn to greater CBI by noting that although OECD countries enjoy greater CBI than emerging markets/ developing countries, in 2003 all countries scored a CBI greater than the one achieved by the OECD countries in the late 80s.

Many scholars have observed a significant negative correlation between CBI and the level and variation of inflation. On average, CBI has indeed helped to keep inflation low. However, this is not the end of the story. As Mitchell[7] explains, “the economy (…) operate[s] as a series of boundaries, (…) exceptions, and exclusions.” Indeed, these results are far from universally accepted. There is a series of empirical studies[8] that find little -if any- evidence of the macroeconomic benefits of CBI. Moreover, according to Posen[9], a CB will fight the inflation only if there is a coalition of societal interests politically capable of protecting the CB when it faces inflationary pressures. For De Grauwe[10], low inflation has not to do so much with CBI but it depends on the existence of a social and political “coalition” that favors price stability. A prominent example here is the franc fort policy that was implemented in France during the EMU negotiations and demonstrates that the collective efforts of branches of the executive with the CB and part of the business elite, managed to curtail inflation and revalue the franc[11]. Another example is the historically high support of the German economic interests to Bundesbank’s goals.

We can therefore argue that there is a degree of uncertainly involved in this decision of granting independence to a CB that gets constantly underplayed. In fact, it is not even a decision any more (sensu stricto). The ideological dominance of the new monetary consensus was so powerful that, not only the controversies around the effectiveness of the CBI in maintaining low inflation are disclosed from the public debate, but the current institutional setting is so difficult to change[12] that it cemented the political answer that was given at a specific time (70s) to a specific problem (section I). It is the story of “boundaries” and “exclusions”, as described by Mitchell[13], where “the politics of (…) economic growth was a politics of techno-science, which claimed to bring the expertise of modern (…) social science (…) to fix the economy.” Thus, when studies do not confirm the “consensus view” (whatever this consensus might be at that time) they get under the carpet as “non-orthodox” in an effort to present techno-sciences as “finished products” and not as (sometimes) precariously assembled practices.

[1] The CB belongs to the Eurosystem and, thus, participates to one of the most independent CBs of the world – ECB. The ILR, as stated in its site, has as a mission “l’ouverture des marchés et l’introduction de la concurrence dans des secteurs autrefois monopolistiques nécessitent une certaine régulation par une autorité indépendante et impartiale”.

[11] Mitterrand’s finance minister Bérégovoy strongly believed that the only way to negotiate with Germany in equal terms was to have a currency as-strong-as-DM. Thus, if the Deutsche Mark were to be revalued (within the EMS) the franc would be equally revalued. The franc fort policy and the EMU were supported from the business sector as well. Business grew tired of exchange rate fluctuations, while they wanted to gain cheaper and more flexible sources of finance. This coalition supported the CB’s decision to steeply increase interest rates. Of course, behind that “national vision” of improving the macroeconomic conditions, there existed other “agendas” as well. For example, the Finance Ministry and the CB viewed EMU as a way of tying the hands of their government to the economic reforms they pursued. For the CB, EMU also “opened the window” towards independence and therefore strengthened its position vis-à-vis the government and other powerful vested interests.

[12] In the case of the Eurozone, for example, ECB’s goals and objectives are carved into stone and their change requires a renegotiation of the Treaties (a decision that requires the consensus of all the Member-States).

One thought on “Moving Away from Democracy? Could this be the Right Way Forward? (1/2)”